I was standing there, like so many times before – well every four weeks, to be exact.   An opened box of hair color on the counter and my hair covered in my signature blue black dye.  That’s when my easily distracted brain thought, I wonder what’s really under there.

I had been dying my hair since I was 16, and my first color was called Sunset Brown.  From there, it had been every color from blonde to blue.  It’s not so much that I minded coloring or that I felt I needed to prove a point.  I just wondered what, after all these years, was my actual hair color?   I finished out the coloring process but decided in that moment to no longer color my hair.

After a few calculations of about how long it would take to grow it all out – about a year to hit my shoulders – I took to the Internet.  Along with some tips to make the grow-out process easier, such as adding blond highlights to cover up and blend out the incoming grays, I found quite a few horror stories.  Women who dealt with an actual backlash for “going gray”.

Now, I’ve always kind of marched to the beat of my own drum, so looking “different” isn’t all that new.   In doing so, I have learned a few tricks when it comes to comments or stares.  My favorite one being to own it.

To me there is something awe inspiring about a confident person.  You know the type.  They walk into a room and just stand out.  You find yourself thinking, I wish I could wear that and look so amazing.  Well, you can, and it’s all in the attitude you have.  I have also learned that most people who make negative comments tend to suffer from their own insecurities, and that a smile along with a kind word goes a long way.  If for nothing else, your own sense of peace.

So, I set off to grow out what I have dubbed my “silver lining”.  Ready?  Set! Wait…

Remember the part about it taking around a year? I didn’t do anything to cover it up and figured I would just go with it.  It was with childlike anticipation and excitement that I waited to see what it was going to look like.  Would it be silver only at the temples, be a deeper granite color or more white?

Now, I did have my moments of looking a bit like a calico cat since the black dye was fading out as the silver came in.  It wasn’t anything a messy bun couldn’t somewhat cover up.

In that time, I took to social media to record the process and was treated to a barrage of positive comments from friends.  Some thought it was cool but admitted there was no way they would part with their favorite hair color.  Some were curious and were giving thought to doing the same.  I was cool either way, since I really do believe to each their own and you should do what makes YOU happy.

Though my hair starting out was well past my shoulders, I decided at about the 9-month mark to cut the majority of the dyed hair off.   My result was more gray to the front and depending on how I parted my hair I had a beautiful swath of silver that would grace the topside of my favorite hairstyle, the Victory roll.  I will not lie, it felt liberating.  I didn’t have to deal with roots showing or touch ups.  I looked different, a woman in her early 40s embracing a color that is truly and naturally her very own.

One of my favorite moments was while grocery shopping.  A teenage girl walked past and complimented my hair.  “Oh! Wow! I love that hair color!”, I gave her a big smile and thanked her, feeling totally cool (Hey, I’m an 80s kid, don’t judge)! 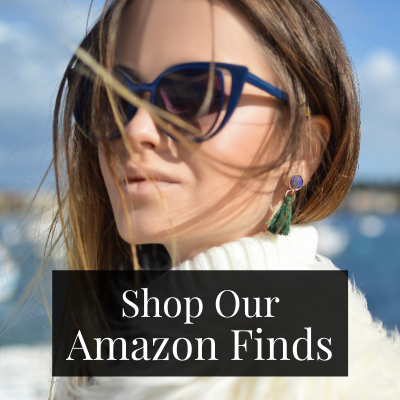